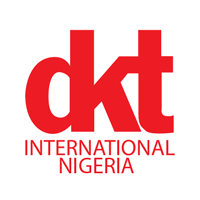 SEX is an essential ingredient for the success of any marriage. Sex is as important for procreation, as it is for pleasure hence a healthy appetite for sex among married couples, is desirable. But in a situation where such desire is not well managed, trouble often lies in store.
Some married women who shared their experiences with  Saturday Vanguard,  confirmed

that their sex lives have taken a turn for the better since they embraced family planning. The experience of 38-year-old  Chika Ohaeri puts the essence of sex in marriage into perspective. When they got married in 2002, Chika, a housewife, had an agreement with Sunday, her husband, a truck driver, that they would have no more than four children. But the plan did not work out as expected because they ended up with five children. The couple admitted the fifth child was unexpected.

The couple had spaced their four children – three boys and one girl – with two-year intervals before the fifth pregnancy for which there was no preparation.

Chika who was once a novice about modern contraceptive methods said she and her husband maintained a healthy sex life, but the only contraception method they understood was the withdrawal method which eventually failed them.

“The only method we understand at that time was the withdrawal method, which means whenever the sperm is coming, my husband withdraws, just when I am beginning to enjoy it the more. But I had no option because at that time I didn’t want to get pregnant again.

According to Chika, before she had her five children, she had no knowledge about family planning. “If I had the knowledge, I certainly would not have had five children because my husband is a tanker driver and I do not have any tangible means to support him.”

It was the birth of the fifth child that opened their eyes to reality. Both had no appreciable means of income, so sustaining the children was a great challenge.

“When I was nursing my fifth child, my husband was really worried and said to me that we could not continue the way we were. I felt helpless and he went to seek advice that turned out to be lasting solution

“One day he informed me that someone had advised that I should visit Ibafon Primary Healthcare Centre, PHC, for counseling. I was reluctant to go initially because I thought I would be laughed at. However, I summoned courage and visited the place. On arrival, the people there explained the different methods to me and I later settled for the five years  ‘Implant’.

“But after it was inserted, I bled for two months and eight days. When the bleeding started, I went back to the PHC but I was told it was normal, that the implant was adjusting to my body. After that, there were no more complaints. I am now okay. I did the insertion in March 2014 and it will expire 2019. We are now enjoying sex with no fears of making more children.

Chika and her husband are quite happy about the development. “We both like the method I am using. I am also enjoying sex more. I feel okay, no disturbance and I don’t get weak easily again, and I am looking fresh and nice.”

Chika is glad about adopting family planning. She is now an advocate of family planning with the aim of saving lives and impacting families positively. “Perhaps I would have given birth to eight or 10 children and life would have been hell for us,” she noted.

“I use myself as example even in the church because families need it but don’t know how to go about it. I tell people to go the Ibafon PHC where the services are free.

Maryam Godwin had a similar story. She was just 17 when she got married with little or no knowledge about family planning. According to her, she was only good at calculating her safe period. Recently, she and her spouse approached the Itire/ Ijesha PHC for family planning counseling.

Maryam, a hair stylist married to a trader, said she opted to have two children. “I married early and have two children aged nine and four. The need to give them better future compelled my husband and I to seek family planning services.

“With the situation of things in Nigeria and Lagos in particular, caring for more than two children can be unbearable, that was why I went for three years  ‘Implant’.

“I did the  Implant three months ago. My menses lasted around 15 days and then normalized. Previously, I was having menstrual pains but it stopped after I did the Implant. I am comfortable with the method and with intercourse. My husband has no complaints either. Sex is better now.

“People should embrace family planning. They should not listen to rumors and misconceptions, but visit the PHC and obtain the right information.”

Cecilia with 25 years experience with family planning services, is maintaining her family and marital relationship satisfactorily.

In her views: “One of the advantages of utilizing a suitable family planning method is sexual satisfaction. The fear of unwanted pregnancy often makes women deny their husbands sex, causing conflict in the home, but with family planning, a married couple will have enough.

“I usually tell my clients that if there is no good night, there can be no good morning.  I present a scenario. Assuming I were a man refused sex by my wife at night, in the morning if she greets me, I may decide not to answer her. So I urge my clients to make their husbands happy at night so that their husbands can be happy with them in the morning.

“With family planning, there is no fear of unwanted pregnancy, but there will always be joy at home. I’m married to a Yoruba man, and there was a time my in laws wanted him to marry a native woman but my husband said am the best woman on earth, I satisfied him in cooking and bed.

“It is good when a family has the number of children it can care for. Aside from the fact that family planning guarantees a healthy and happy home, it enables the children to reach the peak of their career.

“When a woman starts giving birth frequently, she would lose a lot of blood and look older than her age. With family planning, a woman and her husband will be happy and the children will have good education.

“I have four children and they are all graduates. This was made possible with the right planning. Government needs to intensify

Where is the joy in motherhood?

20 “Comments” that Will make you love Contraception…